DYKE A Quarterly
Home Facebook About DYKE
SIDE TRIP: ALIX DOBKIN, Media Rap
SIDE TRIP: We could not have dreamed this up: DYKE for sale at Amazon.c*m (for $15)

SIDE TRIP: Women In Print: Voices From The Radical Feminist Press

Here's more good news about preserving our herstory. From the website of Women In Print

Women in Print: Voices from the Radical Feminist Press (1960-1985)is an oral history project attempting to restore to the record those feminist presses founded between the year 1960 to 1985. Though these presses are not lost in the memory of those who ran them and those generations that read many of the presses’ books and journals, I find little to no mention of many of these presses on the internet; many of the books, themselves, are out of print. Additionally, I hope to create a space where the stories in long form can unfold, where individuals can speak of their experiences, as individuals and collectives: what happened and what it means.

This is a project that attempts to highlight the literary, social, political dimensions of the presses. Most of the presses on our list-in-progress were founded in the ’70s, so we welcome suggestions re: earlier presses. I am interested in the particular nature of production (printing) as well as changing politics during this time period. The audio interviews with transcripts will be archived at the Schlesinger Library. I hope to photograph covers of the books or journals mentioned in the interviews, as well. 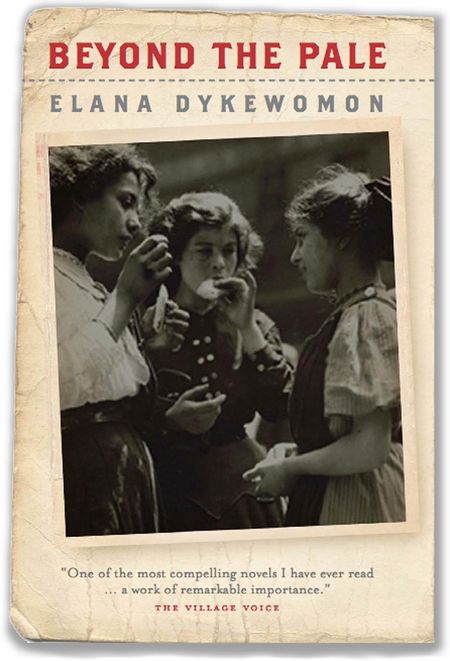 Beyond The Pale by Elana Dykewomon

Through the miracle that is social media, I heard about this project from Elana Dykewomon on facebook with a link to this article by Andrew Leland from the Oakland Standard, experiments in work and play by the oakland museum of california

The social upheavals of the late 1960s and ‘70s brought about a profusion of alternative publishing and radical media across the U.S. In addition to political posters and underground newspapers, this period marked the flourishing of a radical feminist press in the United States. All-women collectives published broadsheets, magazines, novels, and posters, and in some cases worked to seize the means of production for the entire publishing process, from editing and writing to printing and distribution, in a separatist attempt to unlink themselves from a male-dominated society.

Suzanne Snider, a writer and oral historian based in New York, is collecting an oral history of this movement. Recording narratives for Women in Print: Voices from the Radical Feminist Press (1960-1985), Snider traveled across the country, beginning with Oregon and California. The Bay Area, which was a center for the radical feminist press, was an obvious stop on the trip. “I could do a whole project here in Oakland,” she said on a recent visit, “but I want the oral history to cover the movement in Texas, New Mexico, Oregon,” and elsewhere.

Among the women Snider came to Oakland to interview was Elana Dykewomon. Dykewomon’s first book, Riverfinger Women, “blew my mind,” Snider remembers. “She was twenty-four years old when she wrote it. It was published by Daughter’s Inc,” a pioneering lesbian press. Despite its nearly forty-year vintage, “it’s one of the more contemporary novels I’ve read,” Snider said. In addition to Riverfinger Women, published in 1974, Dykewomon (who changed her surname from Nachman in 1976) has published six other books, including the Oakland-centered novel Risk (Bywater Books 2009). Dykewomon also brought the lesbian feminist journal Sinister Wisdom to Oakland (where it was based from 1987–2009), and recently retired from many years of teaching writing at San Francisco State University.

Once completed, the Women in Print project, featuring interviews with more than 40 women, will be archived in the Schlesinger Library at Harvard University's Radcliffe Institute for Advanced Study. (The first twenty interviews will be deposited this month.) In the next months, Snider will begin fundraising through Kickstarter in order to continue the project. More information on the project is online at womeninprint.wordpress.com.

Check out the article and  audio links HERE.