DYKE A Quarterly
Home Facebook About DYKE
What The Well Dressed Dyke Will Wear: The Lesbian History Exploration,1975.
Join the conversation on Facebook. 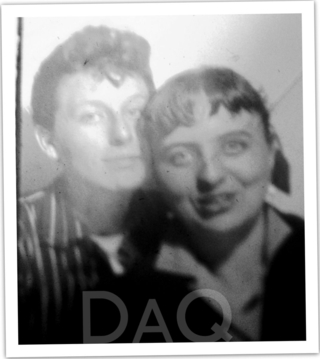 Blue London and unknown woman. Photo booth photo circa late 1950's. From What The Well Dressed Dyke Will Wear Slideshow, 1975

The Lesbian History Exploration was a small conference, held in the Spring of 1975 at a Jewish camp in Malibu, California. It was organized and produced  by Good Taste Productions, a Lesbian collective in Los Angeles. Among the collective were Alice Bloch, Jan Oxenberg, Evan Paxton, Nancy Poore, Jocelyn Cohen, Jan Aura and Nancy Toder.

I can't remember how Alix Dobkin and I heard about the conference, either it was a personal invitation or we saw a notice about it in one of the dozens of women's publications that circulated around the country in that era. We submitted our proposals, and then spent part of the winter preparing for our presentations, which would take place far from our home in the Catskill Mountains of New York. 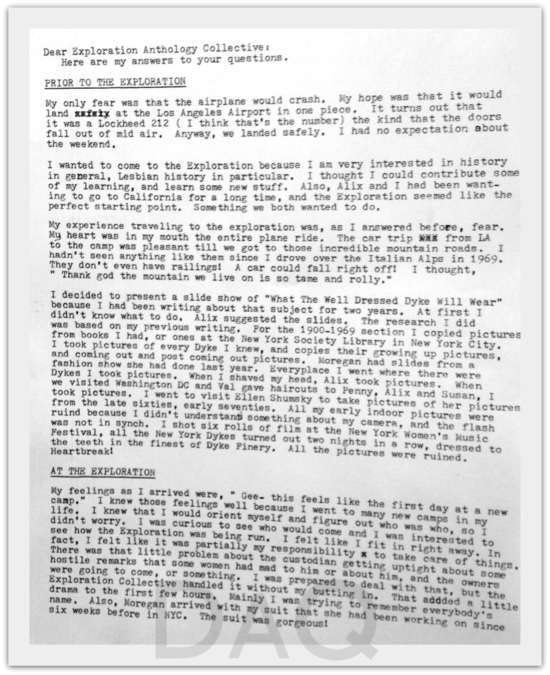 The Exploration Collective must have sent out a series of questionnaires, which not only did I anwer quite thoroughtly, but I also managed to keep copies of my letters in my posession until 2001, when I donated some of my papers and collections to The Lesbian Herstory Archives in Brooklyn.

In September of 2012 I visited the Herstory Archives to retreive the slideshow so I could digitize it, and I did manage to digitize much of it. I also retreived a cache of slides from The Lesbian History Exploration, which I'd also taken, but had no memory of ever having, much less having donated to The Lesbian Herstory Archives. Nonetheless, there they were in a manilla envelope with the letters.   Feeling daunted by the idea of scanning so many slides, I stashed them away for a couple of years, until I recently when I was sorting through part of my office and came across the envelope and peeked in. Et, Voila. 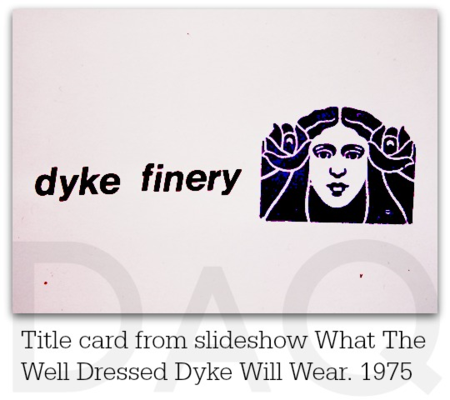