DYKE, A Quarterly #5, 1977,  featured this historical essay by JR Roberts, with illustrations by Roberta Gregory. Click images to enlarge.

"While reading the book, Sisters Of The Road: The Autobiography of Box Car Bertha (1937) I came across more than a dozen references to Lesbians during the 1920’s and 1930’s. While this life story of Bertha Thompson, as told to Dr. Ben L. Reitman, presents a negative and stereotypical view of Lesbians, it does provide the only references I have uncovered so far which document the existence of numerous and visible Lesbian hoboes during this period. After peeling away the stereotypes there wasn’t much substance left, so I began an investigation to learn more about their lives as women and as Lesbians during those Depression years. This article is the result of that beginning investigation, an investigation which I now consider an on-going project." 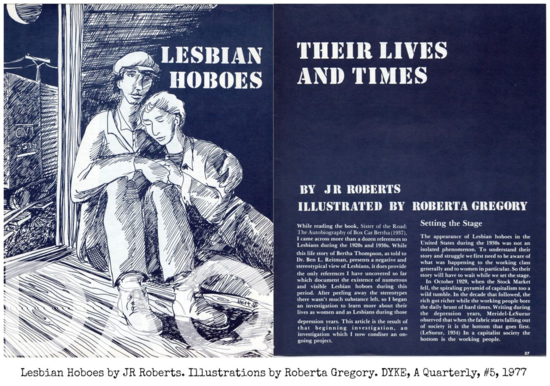 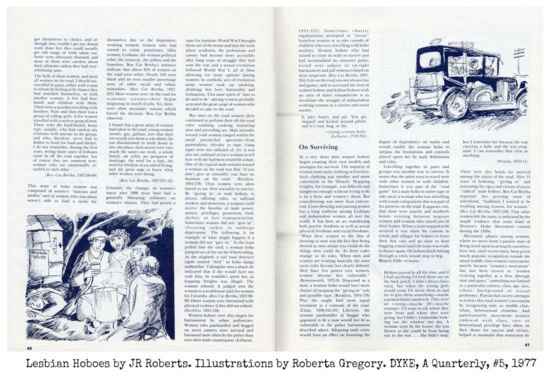 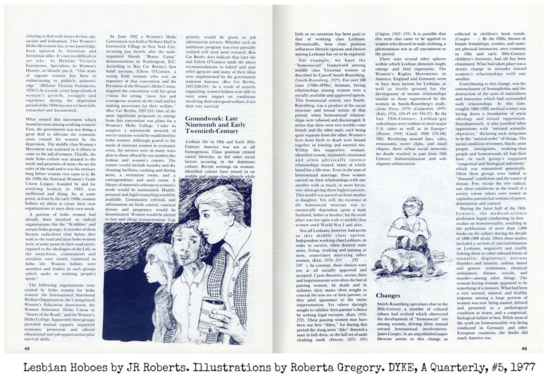 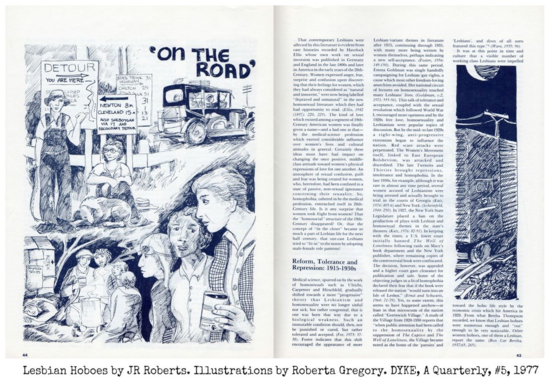 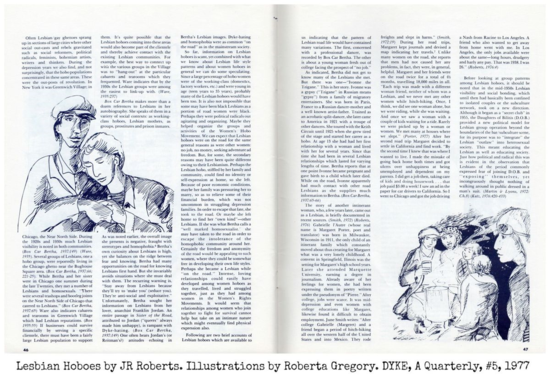 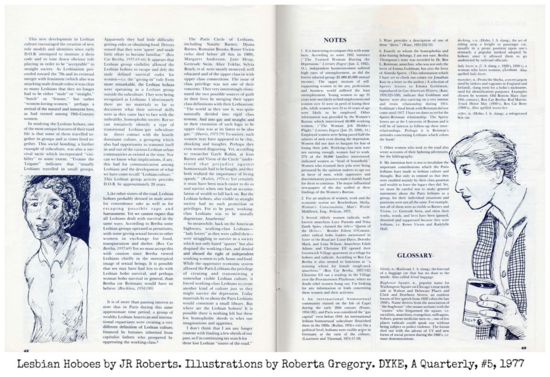 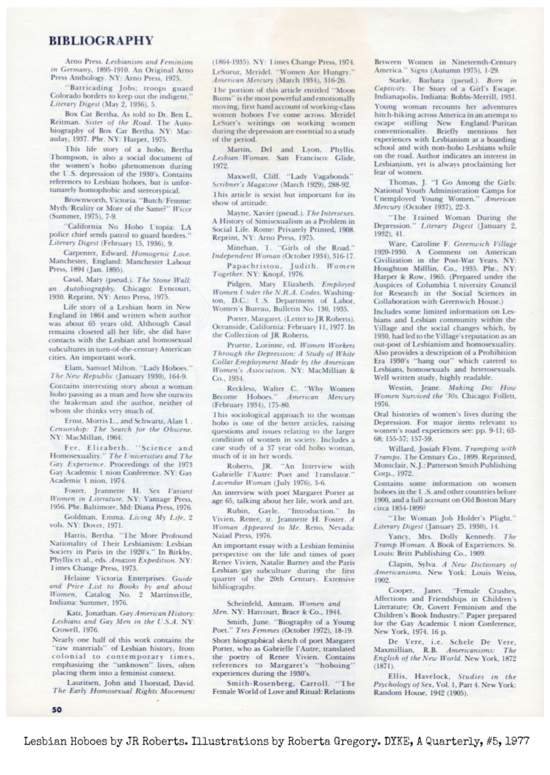 JR Roberts (aka Barbara Henry) is a Lesbian Librarian who founded The New Alexandria Women's Library in Chicago,within the Lesbian Feminist Center, in 1974. She is also the author of Black Lesbians,  An Annotated Bibliography, Naiad Press 1981. Forward by Barbara Smith. 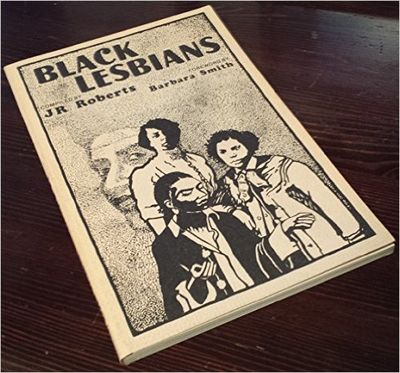 Roberta Gregory lives in Seattle Washington and is responsible for a lot of comics over the years. Best known for "Bitchy Bitch" and "Bitchy Butch" characters and is currently working on Mother Mountain and True Cat Toons. Visit Robertagregory.com and truecattoons.com

She was also a contributing artist to DYKE, A Quarterly. 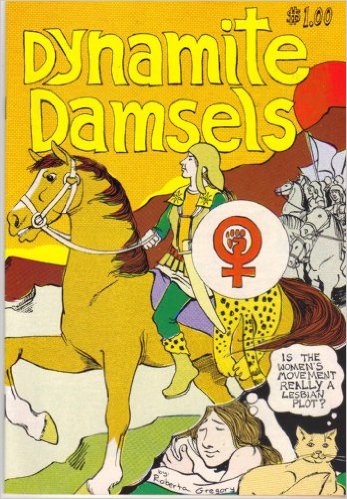